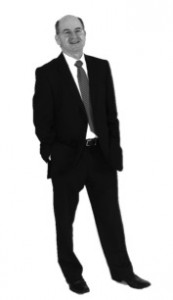 Professor Spigelman has several roles within St Vincent’s Hospital. In addition, he serves on several hospital and organisational committees, including those to do with patient safety and clinical quality.

Professor Spigelman holds and has held a number of titles and memberships to medical professional bodies, including:

Over the years Professor Spigelman has held numerous positions, not only within Australia but in the United Kingdom as well. Below is a sample of his achievements:

Professor Spigelman is a graduate of the University of Sydney and a Fellow of the Royal Australasian College of Surgeons and Royal College of Surgeons of England. Following completion of his surgical training in Australia, he worked in England as a surgeon and researcher. Prior to returning to Australia he was Senior Lecturer in Surgery at St Mary’s Hospital in London (part of Imperial College) and Honorary Senior Research Fellow at St Mark’s Hospital, London. He returned to Australia to become the Professor of Surgical Science at the University of Newcastle, where he established the Hunter Family Cancer Service and was Director of Cancer Services and a member of the Area Health Service Executive in his capacity as Australia’s first Director of Clinical Governance. Professor Spigelman conducted the first comprehensive national and state analysis of colorectal cancer care whilst in the Hunter and continues to collaborate in this sphere on an international basis.

Professor Spigelman moved to UNSW and St Vincent’s Hospital in 2006, where he maintains an ongoing interest in patient safety and clinical quality, as well as cancer genetics.